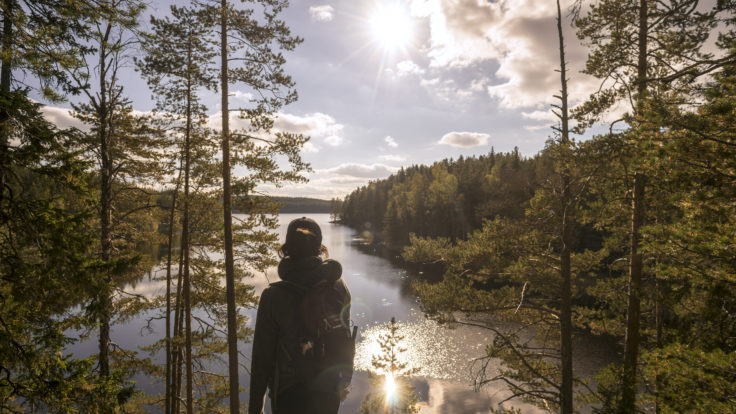 Even though more than 70 percent of Finns live in cities and towns, Finns have an especially close relationship with nature. One reason for this is the fact that Finland became urbanized relatively recently. A majority of Finns is only a generation or two removed from living in the countryside or in rural areas.

Finland is Europe’s most forested country and one of its most sparsely populated. About 75 percent of Finland is covered by trees and a further 10 percent by lakes, rivers and other bodies of water, which means that even the most urban Finn is never far from nature.

Nature has also successfully established a foothold in towns and cities and almost all urban residential areas lie within a short walk of natural forests criss-crossedby footpaths, cycle paths and skiing trails. Many towns also have waterside locations enabling residents to go swimming in both summer and winter.

According to a survey conducted in 2020 by the Ministry of Environment and the Finnish Environment Institute most Finns think that nature cannot be measured in terms of money and that nature increases health and wellbeing. The positive effect of nature on physical and mental health has also been proven scientifically.

According to a recommendation by the Ministry of the Environment, the distance from primary and secondary schools to a green area should be no more than 300 metres for it to be easily accessible.

Recent research shows that the proximity of nature clearly has positive effects on a child’s development: nature has a refreshing effect on the individual, and nature contacts bring more versatility to the body’s microbial flora while strengthening immune defences. When it is established in childhood, a positive relationship with nature is a prerequisite for environmentally responsible behaviouras an adult.

Outdoor activities like hiking, cross-country skiing, fishing and camping are popular in all age groups in every part of the country. There are also more than 500,000 summer cottages in Finland ––a country with a population of some 5.5 million –giving almost every Finn the opportunity to spend their free time in or near the wilderness.

In addition, an extensive network of national parks is a gateway to Finnish nature. Each park showcases the natural characteristics of the area it is located in, from the Arctic wilderness of Lapland to the Lake District of Central Finland and the archipelagos on the Western and Southern coasts.

Finland is also a country of water. To the south and west Finland is bordered by the Baltic Sea while much of Central Finland is covered by lakes. All in all, there are 188,000 lakes in Finland, earning it the name “Land of a Thousand Lakes”.

Many lakes became polluted in the 20th century, but thanks to a joint effort by Finnish authorities, businesses and private citizens, Finnish lakes now count among the cleanest in the world. Many also consider Finnish tap water not only the cleanest but also the best tasting in the world.

What really democratizes access to nature is the unique Finnish concept of jokamiehenoikeus or Every Person’s Right. Public access rights decree that anyone may hike, camp and gather mushrooms and berries in any forest or uninhabited area, regardless of who owns it.

Nature, and particularly the forest industry, also plays an important role in the Finnish economy. Finland’s rise to prosperity is based on expertise in using renewable natural resources sustainably.

Finns take conservation and sustainability issues very seriously. Environmental education is a part of the curriculum in all Finnish schools from kindergarten to university.According to a 2019 study, four out of five Finns consider action against climate change to be an urgent issue. According to a survey conducted in 2020 by the Ministry of Environment and the Finnish Environment Institute the majority of Finns (83 percent) think that Finland should secure the country’s natural biodiversity.

Just as important is the personal emotional connection Finns have with nature. More than 80 percent of Finnish people say the forest is important to them. Thanks to Every Person’s Right, forests, lakes, rivers and seashores are places where anyone can go to relax and to feel a connection with nature. 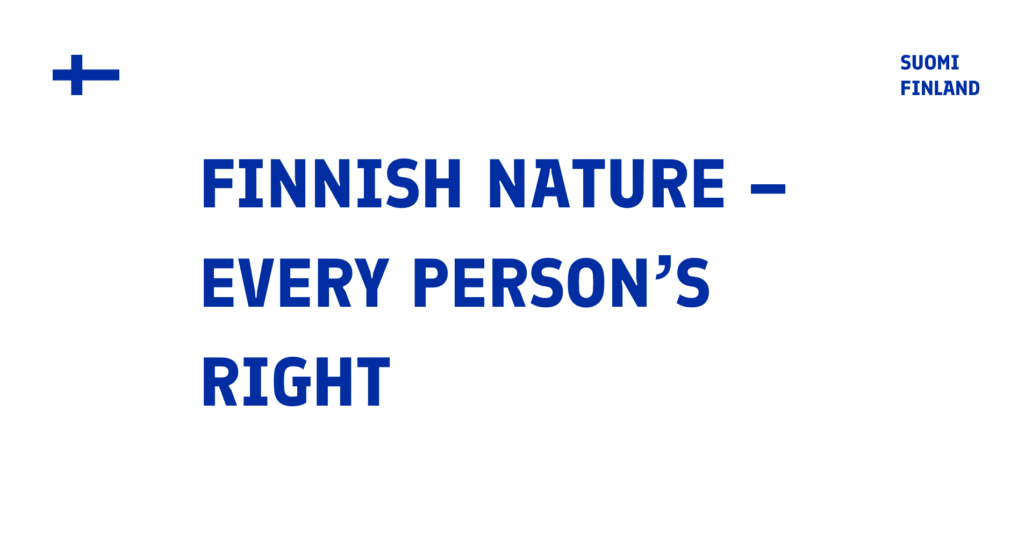 This presentation offers a introduction to Finnish nature relationship. 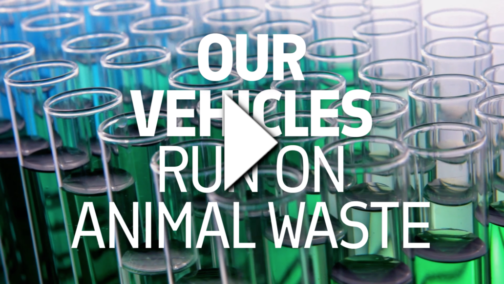 Video teaser for the Circular Economy industry in 16:9 format. Free to use in its original format on your company’s… 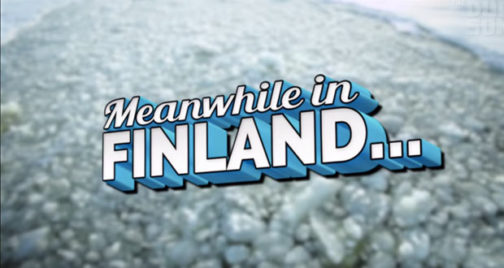 Finnish extreme arctic know-how in one episode. Video by Tekes featuring the Dudesons
Watch on YouTube 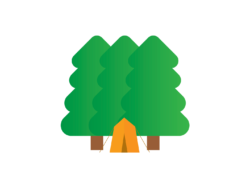 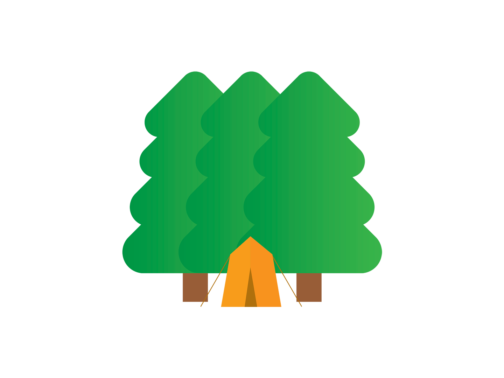 The feeling of longing for fresh air and silence. Finland has lots of forests and they are full of mushrooms… 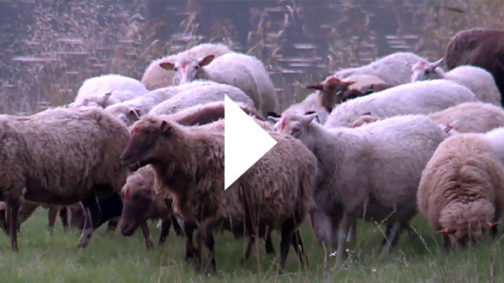